Trance-Formations: Neuro-Linguistic Programming and the Structure of Hypnosis 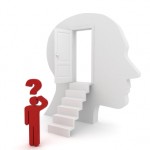 Authoritative commands are usually associated with hypnosis with the subjects being told they are going to sleep and that they will perform certain acts. The voice seems to be commanding and generally appear to work on many people. There are some, however who do not respond to command hypnosis and Ericksonian hypnosis may be needed.

Dr. Milton Erickson developed the Ericksonian hypnosis technique for positive suggestion during hypnosis as opposed to the typical command suggestion, claiming it enabled his patients to conceptualize the task and to alter behavior during fewer sessions. He was also a believer in self-hypnosis based on his own experiences as a child suffering with polio.

During hypnosis a person is in a trance-like state in which the subconscious mind is open to receiving suggestions, as well as open to releasing information of which the conscious mind may not be aware. It is during this state of mind the Ericksonian hypnosis method becomes more clear, especially in establishing future behaviors.

During typical command hypnosis, the subject is given what amounts to commands to perform a specific task or to think in a certain way. Typically, a command is more of a negative suggestion and a person’s mind first has to contemplate the negative before it can accept a positive change, a scenario not involved in Ericksonian hypnosis.

An example often cited is telling a young child not to spill his full glass of milk while walking, usually ends with the child looking at his glass and spilling the milk, at which time he is typically scolded for spilling. The Ericksonian hypnosis method utilizes positive suggestions such as telling the child they are doing good, just a little further and typically the milk arrived safely in the glass.

At the end of the journey they are lauded for their success and if an accident does occur, they are offered sympathy such as telling them that maybe the glass was too full. By offering positive re-enforcement, Ericksonian hypnosis makes revisiting the session by the subconscious mind a more pleasant journey and more willingly taken one.

Another method invoked in Ericksonian hypnosis is to provide subjects with what her termed a double bind, or two negative options and allowing the subject to then choose the one of least resistance. He typically found this helpful when the subject was displaying mild to moderate resistance to entering a hypnotic trance.

If you want to learn more about hypnosis video clips please visit our site which is free to the public. You’ll find the best tips on everything to do with hypnosis

Ed currently holds two certifications as a Trainer of Neuro-Linguistic Programming, one from the NLP Center of New York and one from NLP University at the University of California at Santa Cruz.He is also Co-director of the Princeton Center for NLP and is a Dilts/NLP University Distance Learning Affiliate. Ed has dedicated himself to understanding human communication in its many forms, and works as a trainer, coach, consultant and professional speaker.For twelve years, Ed has designed and led trainings and seminars in NLP, Management Development, Professional Development and Selling skills.Ed has studied with some of the best trainers in the world including Steven Leeds, Rachel Hott, Joseph Yeager, Susan Sommers, Richard Bandler, Robert Dilts, Judith DeLozier, Suzi Smith, Sid Jacobson, Michael Colgrass, Shelle Rose Charvet and Steve Andreas.

Self Hypnosis Techniques that Really Work